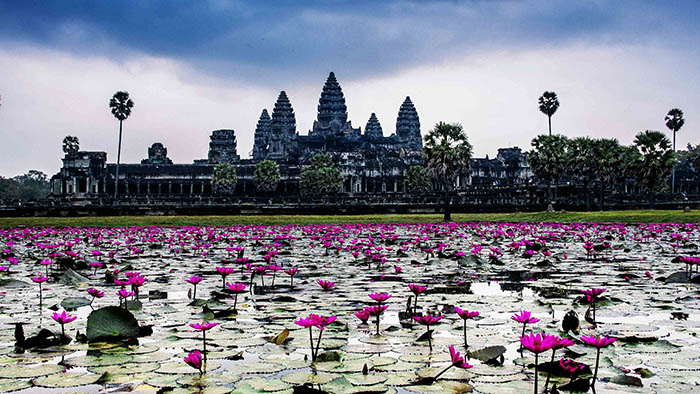 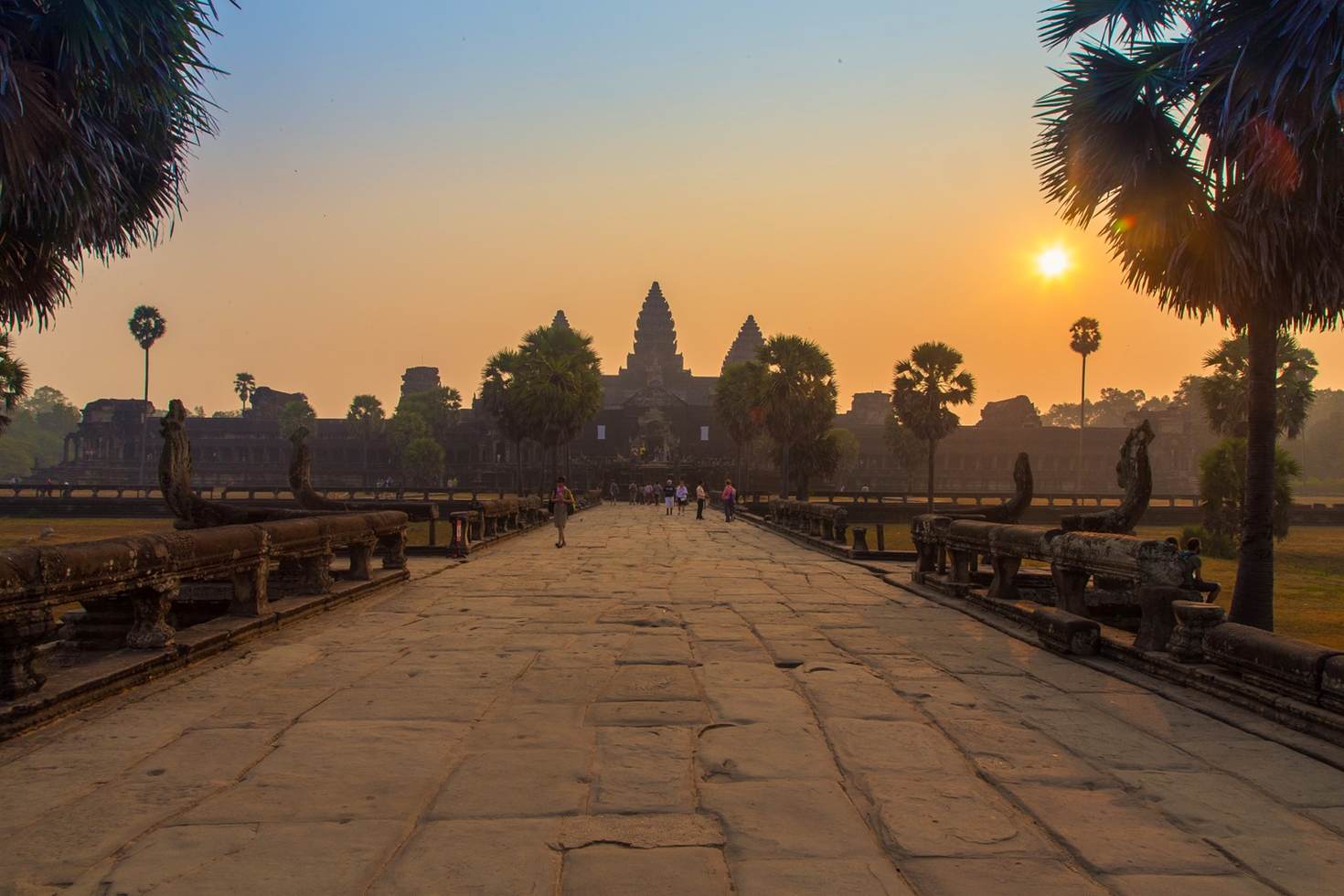 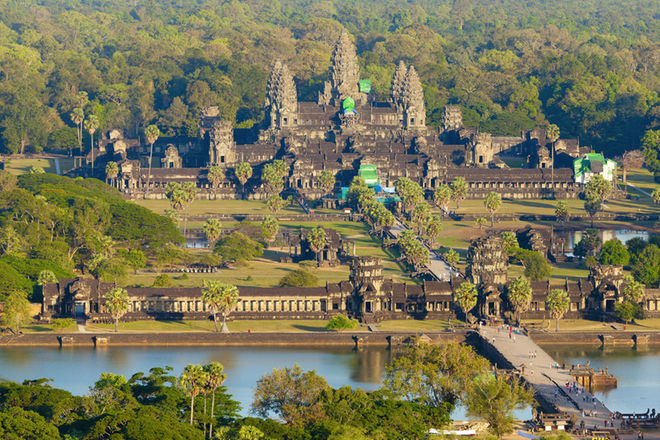 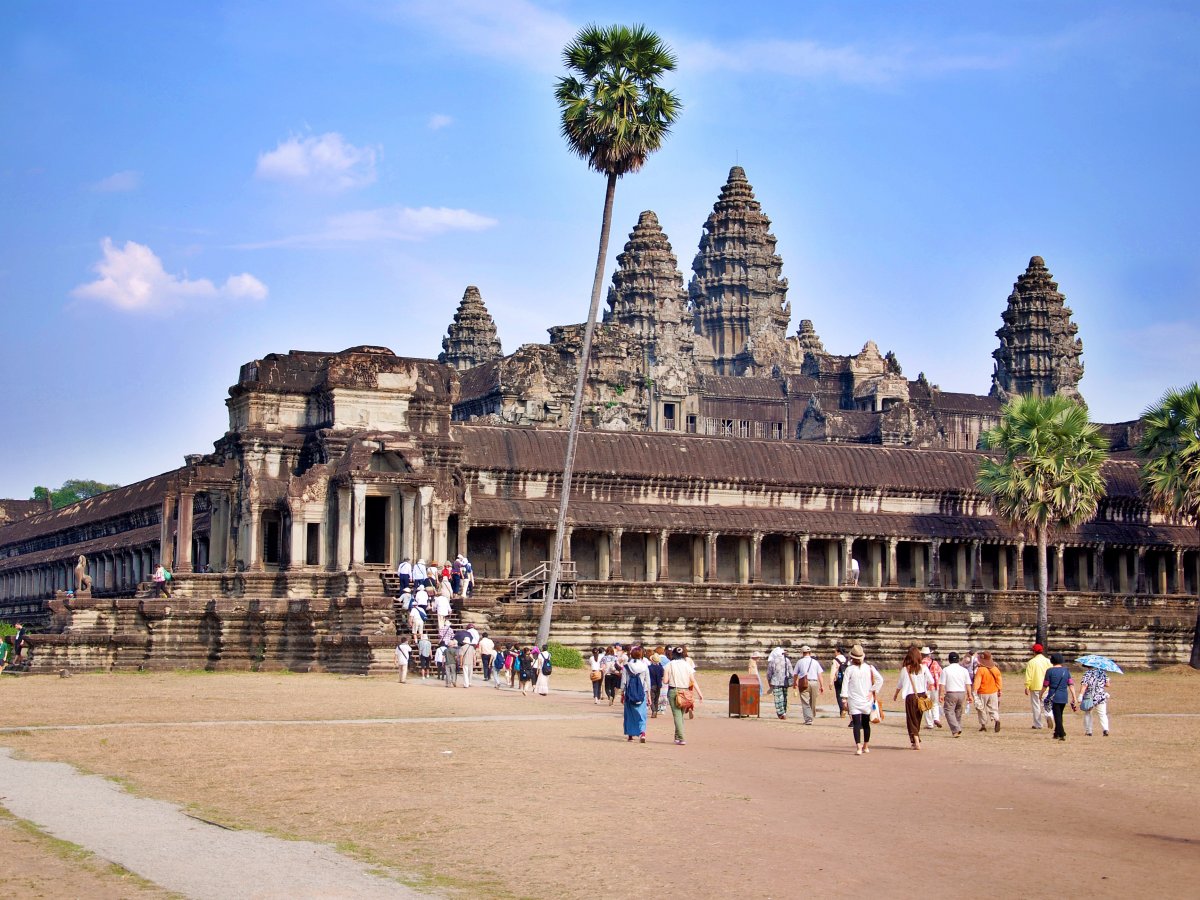 Uncover the ancient mysteries of Angkor on full-day tour of its sacred temples from Siem Reap. Accompanied by an accomplished guide, marvel at the astounding architecture of the temple complex; gaze at the colossal Angkor Wat and decipher the enigmatic faces of the Bayon Temple. Explore the atmospheric Ta Prohm area, where trees intertwine their trunks with ancient ruins, and appease an appetite for authenticity with a traditional Cambodian lunch at Sras Stang.

Depart from your Siem Reap hotel in a comfortable, air-conditioned minivan and enjoy the scenic surroundings on your way to the Angkor region. Stop first at the majestic Angkor Wat, a structure considered the masterpiece of the entire Khmer empire; marvel at its reflective pools and vast moat, then stroll through the galleries to see impressive bas-reliefs (carvings) depicting scenes of Ramayana, an epic Hindu poem.  Next, venture to Bayon to become hypnotized by the smiling stone faces of the temple. Gain fascinating insight into the temple’s ancient origin from your guide, hearing of vicious battles and attempting to decipher the intricate bas-reliefs that detail scenes of cockfighting and childbirth.  Continue through the South Gate of Angkor Thom and marvel at the line of 54 gods and demons that create a dramatic spectacle beside the road. Revitalize with a locally prepared lunch of typical Cambodian specialties then conclude your tour with a stop at Ta Prohm, a mystical enclave in which tree roots intertwine with ancient ruins.  Return to the minivan and relax during the journey back to your hotel in Siem Reap, where the tour concludes.
Meal: L         Transport: Mini-Van